The Event of the season 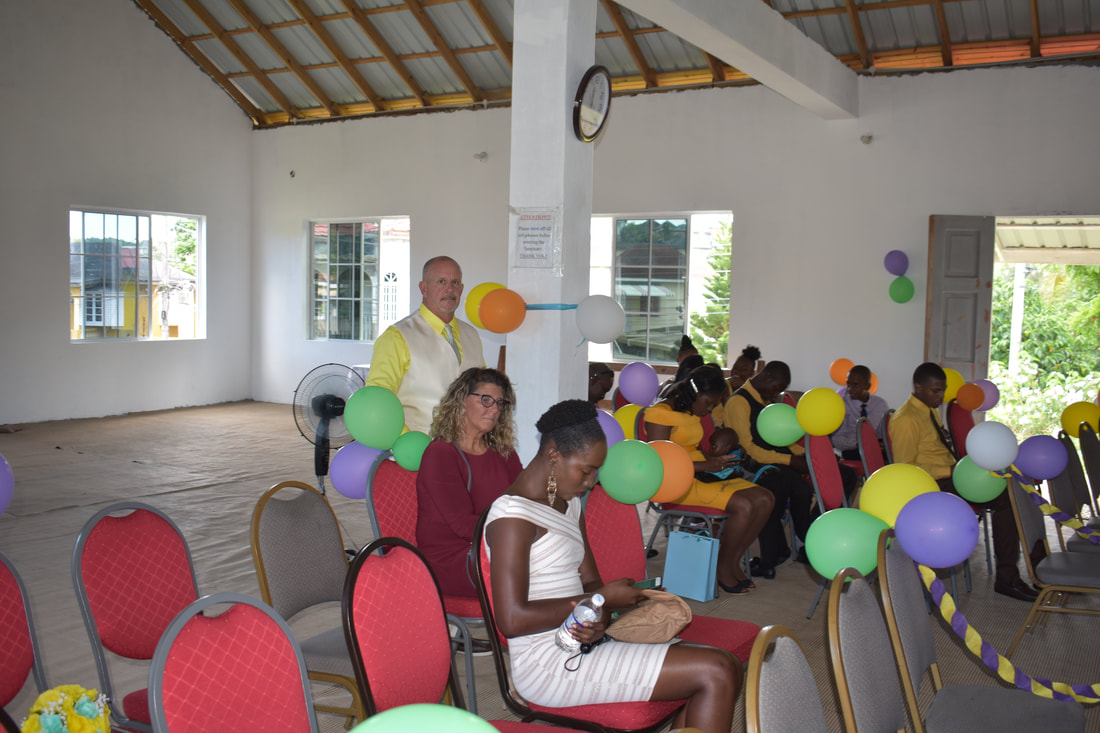 Terresa, Jim and I were the token 'whiteys' at Mark and Debbie's wedding. 'Token Whitey' is said with love and affection here in Jamaica. The only problem with the day was that Terresa was NOT familiar with how things work around here and actually expected the noon wedding to start at noon. 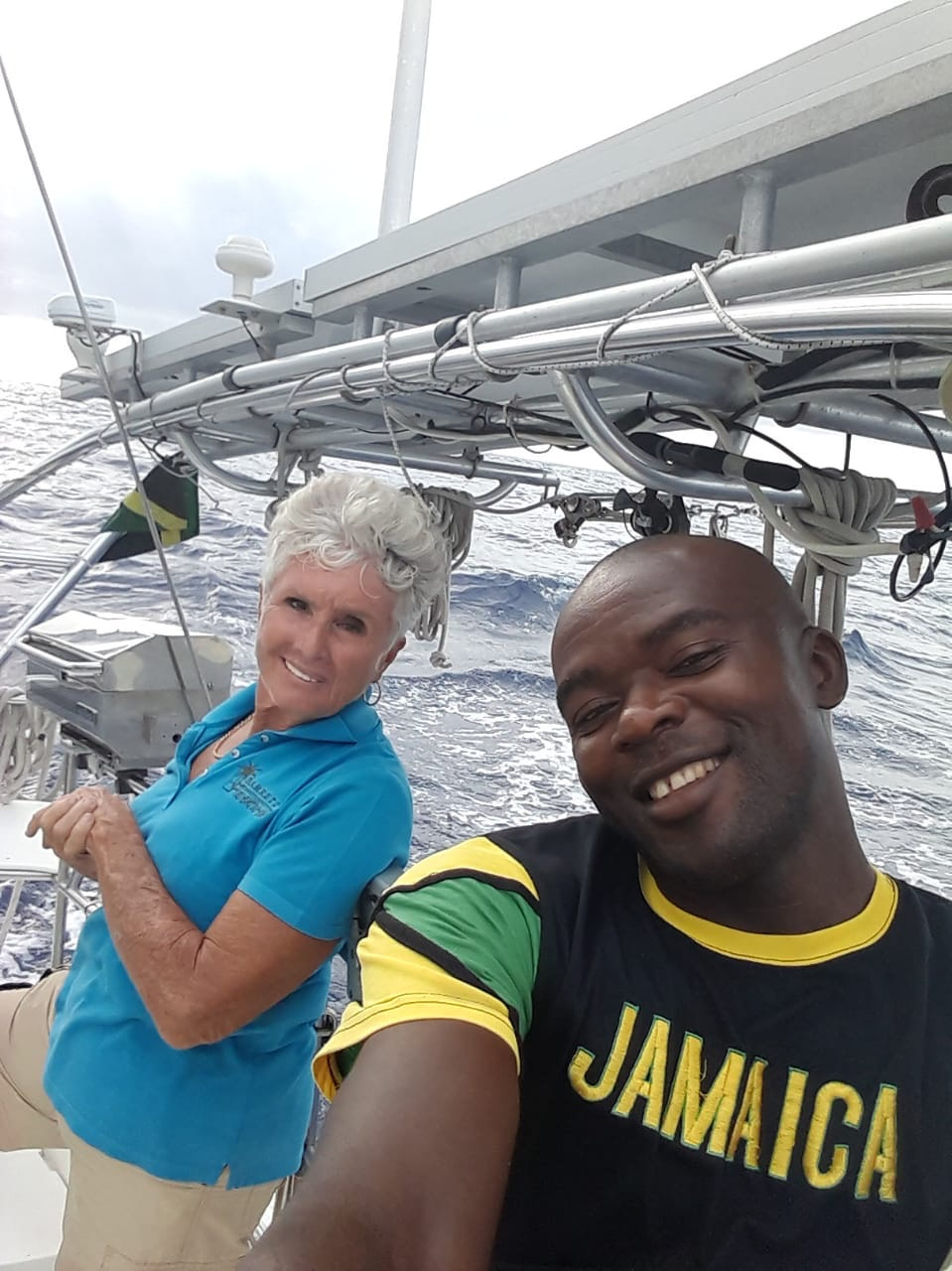 Mark is my alternate captain on our sailboats and driver/guide when needed for the long hiking tours we offer. He is far and away THE BEST EVER. 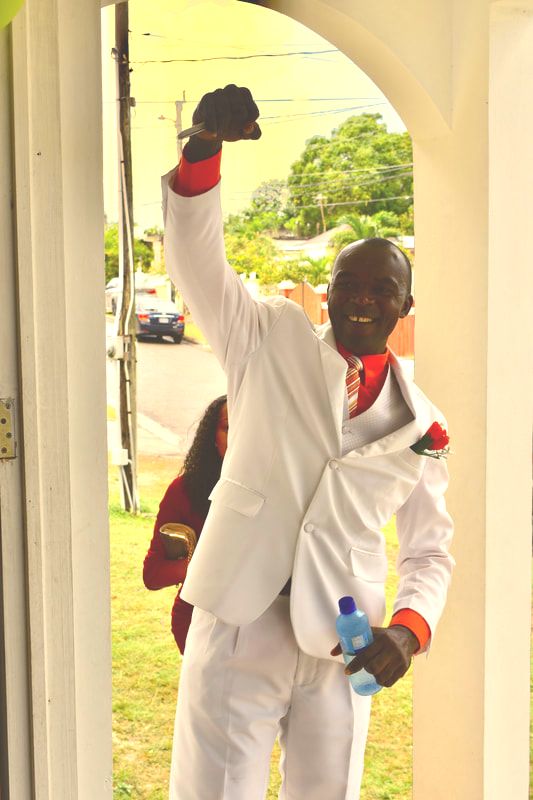 Mark was quite gorgeous in his white Tux. A real contrast to work day attire. 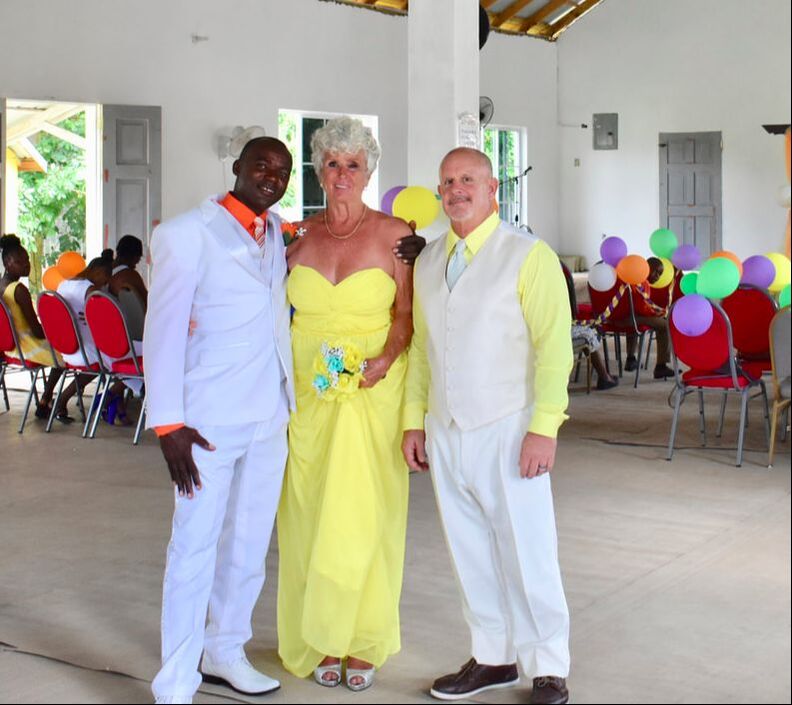 Jim and I were honoured to be asked to be part of the wedding party. First time in my life I've gotten to be a bridesmaid in a fancy dress. I have had more comments from all my facebook friends about me in a dress (seeing me in any dress is a big deal, anyway), but I didn't even recognize myself all cleaned up and wearing four inch heels 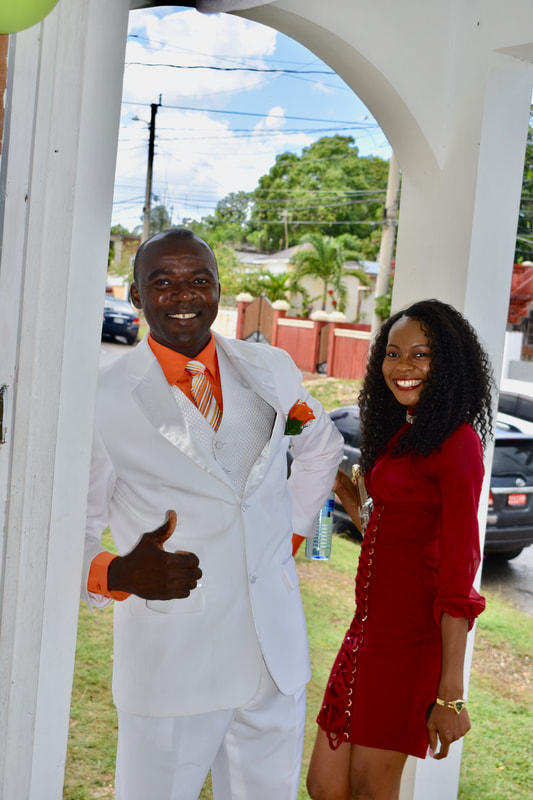 Weddings in Jamaica are ALWAYS 2-3 hours late in starting. Mark arrived about 1PM. 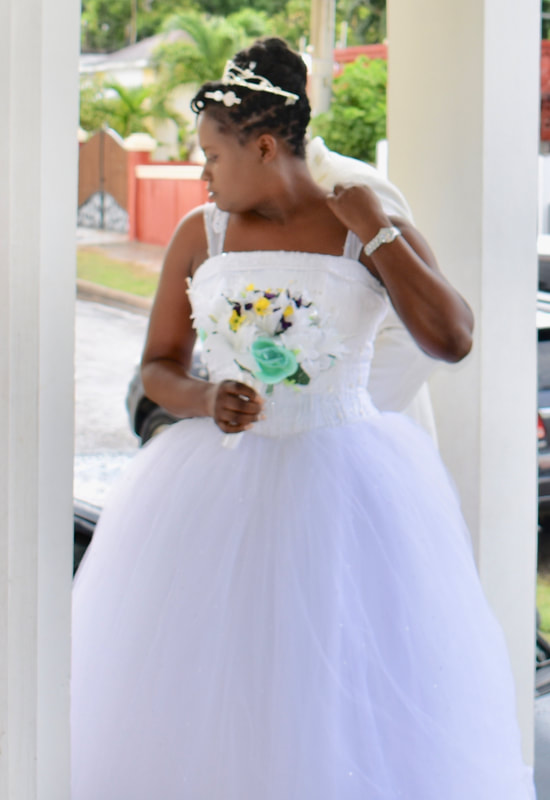 Finding the bride was a whole different matter. She had arranged for an offsite location to get dressed. Mark sent someone to pick her up. Half an hour later he got a call from the driver saying he couldn't find her. With further instructions he did eventually pick her up, but when they arrived at the church it was pouring rain with at least six inches of water by the front door, Debbie had to wait almost half an hour before exiting the car. 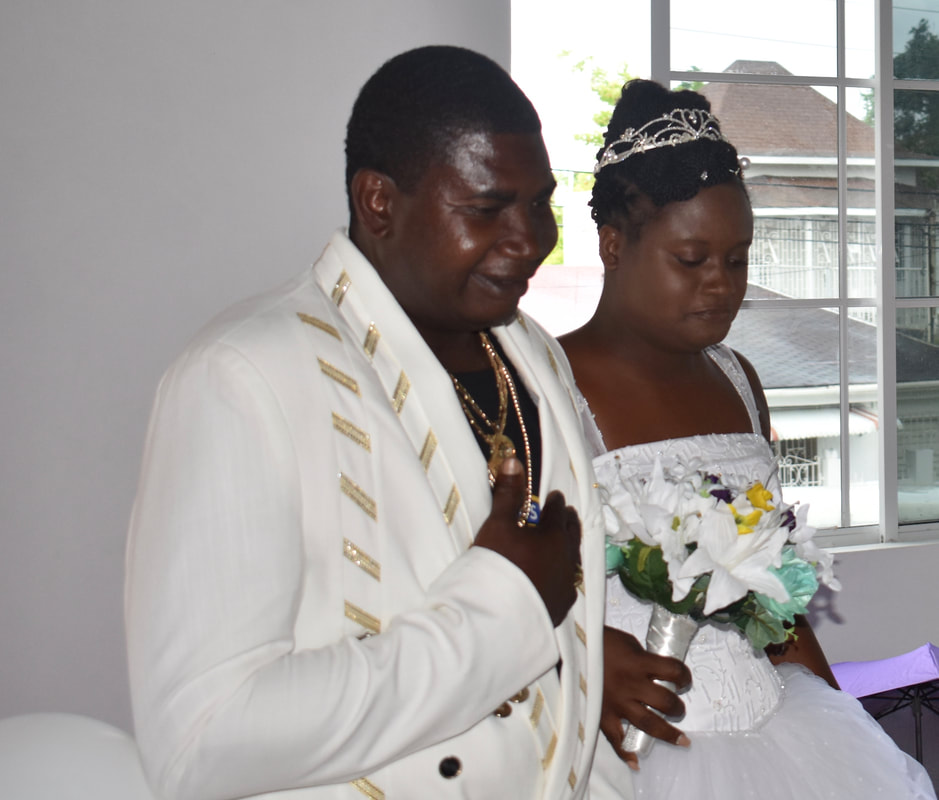 Her uncle did the honours of escorting her down the isle. She was a spectacular bride! 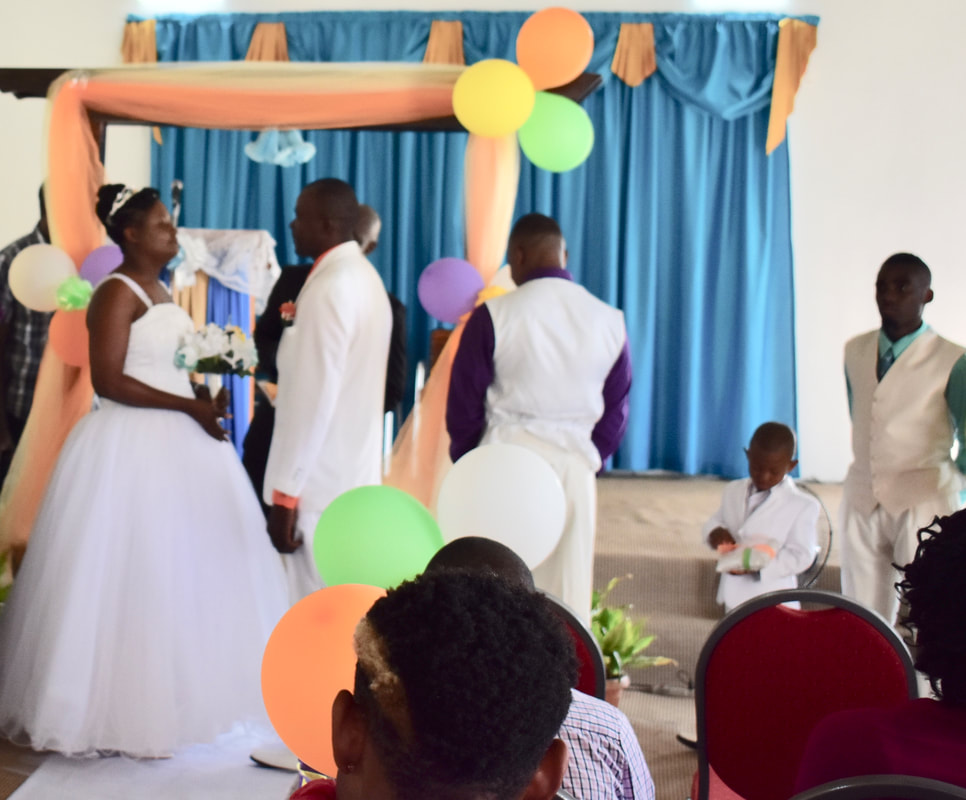 It was a very pretty wedding. Nice bright colours and an enthusiastic gathering. 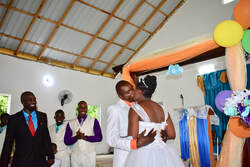 Mark was extremely enthusiastic about the wedding kiss. 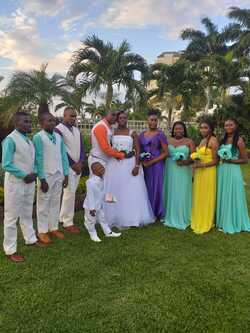 Determined to get some official wedding pictures, they ventured out to Jewel and got a few minutes of sun just before it set. 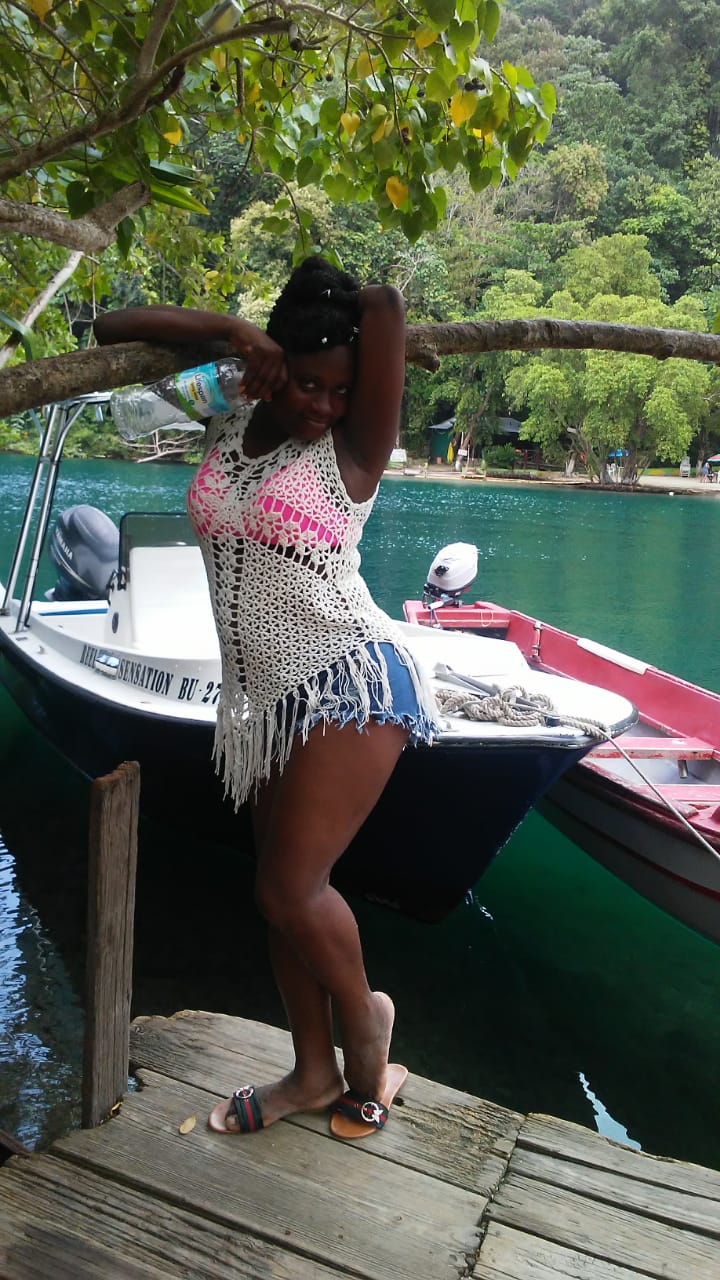